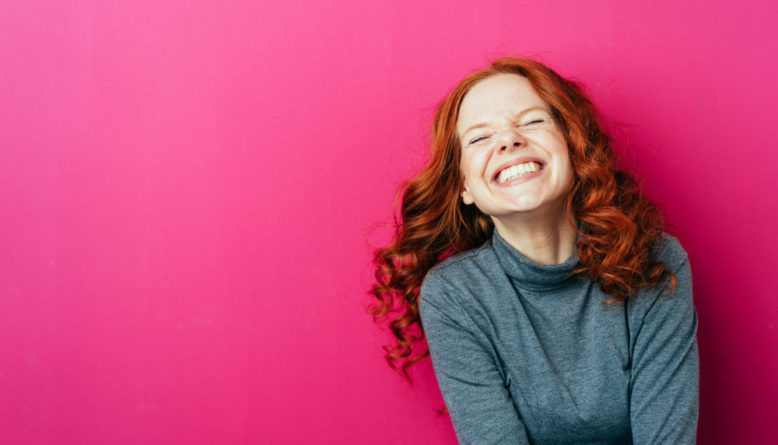 Oh, the infamous home study. It strikes fear into the heart of those who know what is to come! Kidding aside, the home study process is nothing if not incredibly stressful! Leave it to the little ones and even little pets in our lives to make light of the most harrowing of times. During my own home study, the social worker asked my then 5-year-old son if he thought he would like having a little sister. He replied, “I don’t know about that, but I’d really like a turkey sandwich!” I have never been more equally mortified and amused!

Here are some more of the funniest experiences some adoptive parents have gone through during the home study process.

“The [social worker] was asking my family how I deal with all the noise and chaos in the house (we had seven at the time). My husband was explaining how I am a master of tuning things out. Just then one of the kids had an alarm on their watch go off. My husband commented I probably don’t even hear it, to which I replied, ‘Hear what?’” -Elizabeth

“During our home study safety inspection, the caseworker asked if we had any firearms or weapons in the house, and my husband said ‘Just these guns’ and flexed his arms. I almost died! Thankfully, we still passed.” -Katie

“[During our home study] we are still talking, being asked all kinds of questions, and it’s past our normal dinner time by at least 1.5 hours. So again my very brutally honest 2 year old keeps asking for food. He gets to the point he is now almost signing food pointing to his mouth saying ‘Mommyyyyyy fooooood!! I’m hunnnngry!!’ He finally lost his patience after being told over and over in a little bit baby, looked at us, and said “You shut up? I’m hungry!” The caseworker and I died laughing. I just responded, ‘Honesty. I encourage honesty.’” -Felicia

“At our recent recertification, they interviewed our 4 year old. I was already scared; she is quite the wild card. I don’t even think the caseworker had asked a question, she just blurted out ‘Mommy got mad and sent us outside.’ I HAD to interject and explain, ‘She was wrestling with her (12-year-old) brother, and so I told them both to go jump on the trampoline for 10 minutes to get some energy out.’ Then my 4 year old says, ‘Yep. That’s what happened.’ Oh man….” -Kelly

“In preparation for our first home study visit, I had scrubbed every square inch of our house. The pillows were perfectly placed on our couch…I was trying to set the tone that we would be the perfect parents. During the visit as we were all sitting on our couch, our Golden Retriever (sitting at the feet of the social workers), farted very loudly and even my Yankee candle couldn’t drown the smell. I said, ‘And there goes our image of perfection.’ It was actually a nice icebreaker, but I was like, ‘Seriously, dude? You had to let one rip right at that moment?!’” -Lesley

“The night before our adoption home study, I was frantically cleaning and worrying about what the caseworker would think. I was sweeping our front stoop and realized my mums [a type of flower] in the front of the house had died…I had a minor panic attack because I was CONVINCED that because I let my mums die that the caseworker would think we couldn’t handle a baby. I was so worked up about it that I ended up at Kroger at midnight buying pumpkins to replace my flowers—just in case. No one said a word, and the adoption went through just fine. But in retrospect, I think it’s so funny how I channeled all my nervous energy into dead mums.” -Mallory

“During one of our visits, I was exhausted. I had been up early cleaning all day. By the time our visit happened at 4 p.m., the combination of not eating much, cleaning supplies, and not enough sleep caught up with me. I made it almost to the end when I jumped up, bolted with lighting speed to the bathroom, opened the door, and sprayed the bathroom walls with my vomit. The caseworker said ‘That’s enough for today.’ The worst part was I created more cleaning because of my cleaning frenzy.” -Shelley

“It was a rainy spring day when our caseworker arrived for a home study visit. She was a little bit early, so we hadn’t put our overly excited, people-loving dog in the laundry room yet. My youngest opened the front door and let the caseworker come in, and the dog ran right up to her and ran circles around her legs, all the while peeing all over her feet. I was SO EMBARRASSED, but she just laughed and said ‘At least I’m wearing my rain boots!’”  -Julie

Lita Jordan is a master of all things "home." A work-from-home, stay-at-home, homeschooling mother of five. She has a BA in Youth Ministry from Spring Arbor University. She is married to the "other Michael Jordan" and lives on coffee and its unrealistic promises of productivity. Lita enjoys playing guitar and long trips to Target. Follow her on Facebook..

Any cookies that may not be particularly necessary for the website to function and is used specifically to collect user personal data via analytics, ads, other embedded contents are termed as non-necessary cookies. It is mandatory to procure user consent prior to running these cookies on your website.